Saturday night, the Gunderson Racing series made its 2022 season debut in front of an excited group of fans at the Hardin County Fairgrounds in Eldora.  The evening and season would begin on a somber note, however.

Earlier in the week, the Gunderson Racing family was saddened to learn of the

passing of Thomas Schons.  Schons was a regular on the track driving the #69 car

in the Old School class and #69X in Cruiser.  As a driver who was at every race,

Gunderson officials have decided to honor Schons’ memory throughout the season

showing up to the track and registering on time.

A memorial lap was also driven before the beginning of the Cruiser Feature race.  We know you’re with us at the track, Tom!  All of us at Gunderson Racing express our condolences to his friends and family.

After a weather forecast threatened some rain, the events were able to take place on a fairly cool night that presented just a few sprinkles about midway through the evening.  The drivers also drove pretty cleanly throughout with only a handful of red flags that didn’t hold things up for too long.  In total, 55 cars turned out for the season opener, enough to provide two heats in each class before the features with all drivers advancing.

Heat winners included Deven Heitland of Sheffield and Conner Ubben in the Old School class.  Next up, the two heat winners in the Small Car class were Rob Cretsinger and Riley Ehman of Holland.  In the two Cruiser heats, Mitch & Kyler Grummitt of Allison as well as Kevin & Lane Leerhoff of Plainfield picked up first place finishes.  In the Stock class, Tanner Bodecker and Dana Dohrmann won their respective heats.  Finally, Pro Stock heat winners included Jesse Viet of Geneva and Duane Zander of Coulter.

Among the handful of red flags there was only one rollover that took place.  That mishap occurred during the Cruiser feature as the #10-4 car operated by the team of Brandon Simons and Kevin Walters rolled onto its top.  Emergency crews and Gunderson officials responded quickly to help Simons and Walters out of the car, and both men appeared to be uninjured after getting out.

Feature winners included the father-son duo of Duane & Jesse Zander of Coulter in the Cruiser class, followed by two more fathers and sons in second and third; Mitch & Kyler Grummitt and Kevin & Lane Leerhoff, respectively.  In the Stock class, Jesse Zander picked up another checkered flag, followed by Tanner Bodecker in second place and Aaron Meyer of Hampton in third.  The Pro Stock class featured Grundy Center’s Dalton Haverkamp taking the checkered flag and the top prize money, followed by Ed Putney of Charles City and Jesse Viet of Geneva.  The Small Car top-three included Rob Cretsinger in the top spot, who also earned the only perfect 90-point performance of the night; second place honors went to Jacob Van Hauen of Grundy Center with Hubbard’s Dylan Bonin bringing up third.  In the nightcap, the Old School feature was won by Trevor Winger of Hubbard, followed by Deven Heitland and the #34 of veteran driver Ryan Schipper of Aplington in third.

Make sure to follow Gunderson Racing LLC on Facebook for updates throughout the season, and visit GundersonRacingLLC.com for points updates and recaps throughout the summer as well.  Gunderson Racing returns to Eldora on Sunday, July 10th as part of the Hardin County Fair.  Next on the schedule is Friday night, June 10th at the Floyd County Fairgrounds in Charles City.  Racing action is scheduled to begin at 7 p.m. 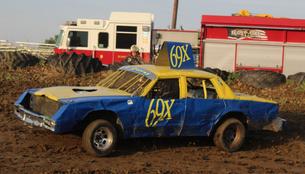 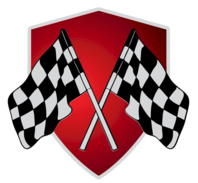